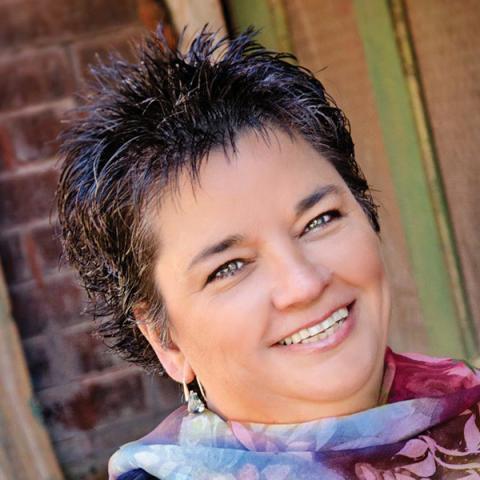 Both the feminist and New Thought movements share a foundational goal: to transform suffering in our world. Feminism has a long history, and the women who fought for women’s rights didn’t always use the term feminist. There isn’t one type of feminism but many—each with its own focus and purpose. Every woman has a different worldview because of culture, ethnicity, country of origin, religious or spiritual affiliation, socioeconomic status, and language.

Yet regardless of the differences in how a woman identifies, the aim of feminism is and has always been transformation. Simone de Beauvoir, a 20th-century activist, feminist, and social theorist, asserted that women are as capable of choice as men and can raise themselves up beyond the patriarchal world into which they were born. Women can take responsibility for themselves and their life conditions and can choose freedom in their thoughts and actions.
This is the feminism of Myrtle Fillmore. This is the feminism I hear in the letters she wrote to thousands of women over the years after she and her husband, Charles Fillmore, founded the Unity spiritual movement in 1889.

Born at the Right Time

The feminist movement in the United States began around the time of Myrtle’s birth in 1845. She was born into a large, conservative Methodist family, and from an early age, she was drawn to reading everything and anything, including books and topics considered strictly for boys.

At the age of 21, she enrolled in Oberlin College in Ohio. Just a few years earlier, Oberlin had become the first college in the U.S. to admit women as well as men. In 1860, the president of the college explained, “‘It is not good for man’ or woman ‘to be alone’ … neither can be elevated without the other, and … their responsibilities in the work of life, though different, are equal.”

In one of the books Myrtle treasured most, Letters and Social Aims, Ralph Waldo Emerson wrote this about women: “They are not only wise themselves, they make us wise. No one can be a master in conversation who has not learned much from women.” This is the consciousness Myrtle Fillmore brought forward into her adult years as a teacher and later as she engaged in the feminist theology we now know as New Thought. This feminist theology is not about denigrating anything masculine; it is about including and raising up feminist values and principles within a masculine-dominated world.

Most people may not realize that New Thought falls squarely in the camp of “feminist theology.” It’s a movement found in several faith traditions including Hinduism, neo-paganism, Judaism, earth-based religions, postmodern Christianity, and Sikhism to name a few.

Hallmarks of feminist theology include looking at practices, sacred texts, and traditions from a feminist perspective. This can include the role of female clergy, reinterpreting the male-dominated language and imagery of God, as well as studying women in various religious contexts, such as history and scriptures. It also includes reevaluating women’s roles and places in the family and society in regard to motherhood, careers, and caregiving.

While the New Thought movement does not have a single point of origin, it is considered part of the feminist movement because of the thinkers and philosophers who influenced it, such as those in the Transcendentalism movement, which embodied much of a feminist perspective. Most of the New Thought founders and leading voices from the mid-19th century on were women: Emma Curtis Hopkins, Mary Baker Eddy, Nona Brooks, Annie Rix Militz, H. Emilie Cady, Malinda Cramer, and Myrtle Fillmore. Even today, congregations and leadership in most New Thought churches and spiritual centers are women.Transforming the suffering of our world is a foundational thread of feminist theology and the feminist movement.

Because I live just a few miles from Unity Village, I have had the privilege over the years of visiting the Archives and reading many of Myrtle Fillmore’s unpublished letters. I continue to be amazed at the feminist voice that comes forward. This feminist theology is not about denigrating anything masculine; it is about including and raising up feminist values and principles within a masculine-dominated world.

For thousands of years, our culture, religion, and spirituality have been dominated by masculine principles: sovereignty, control, protection, hard work, structure, and logic, to name a few. That is all potentially good stuff, but neglecting the feminine values of rest, wholeness, communion, nurturing, connection, appreciation, and flow is toxic and unhealthy.
So what is Myrtle’s “feminist voice”? Some of her writings are quite Rumi-esque, full of mystery, seeking union with the beloved Divine, and longing to know she is a part of all that is, of God. Her focus is on Mother Earth and children, as evidenced by her Wee Wisdom® magazine. I hear feminine values in her replies to letters as she invites the person asking for help to put attention on healing, wholeness, feeling, receiving, and intuiting.

The beauty of it all is that she doesn’t lose the best of the healthy masculine. Myrtle is very clear about the steps and logic of affirmative prayer, asserting each person’s agency, valuing reason and intellect, and caring for self. She just does it with a feminist perspective. This includes inviting us to move beyond ourselves and to be in service for the greater good. Transforming the suffering of our world is a foundational thread of feminist theology and the feminist movement.

With Love and Compassion

In almost every letter I have read, Myrtle Fillmore’s opening sentence is intent on nurturing the person to whom she is writing. For instance, in a 1928 letter, she begins: “What a blessed privilege is mine to live a life made joyful by the love and blessings of many friends such as yourself.” She generally then moves into acknowledging the facts of the person’s situation yet doesn’t stay there. With love and compassion, she firmly nudges and empowers the reader to heal thyself, to find their own voice. For example:

“With this treatment, continue with the suggestions given in the last letter—that your mother give her attention to looking for the good only; and that she declare her freedom from the dominance of others or their opinions … If your mother has failed to instill into her son’s head and heart the joy and the privilege and satisfaction of taking his own share of the work and responsibility, she is certainly not helping him any now by worrying about him or by allowing him to stay around to be cared for by you and her efforts. The best thing to do is to establish your faith in God, and in the God-self of your brother, declare the truth for him, and then leave it with his own soul to respond. Have a talk with him if he lives in your home and let him know that you feel he take a very active and effective hand in keeping up the home, or get out and make another home for himself.”

We Need Each Other

While I don’t know that Myrtle would have called herself a feminist, for me she embodies feminist theology because she is centered on the life-affirming principles we hold so dear in Unity. In most letters I have read, the correspondent is asking Myrtle for prayers, healing, and transformation around social issues of the day—alcoholism, child-rearing, sexuality, work, marriage, religion, politics, poverty, justice, environmental care—and almost every letter is from a woman.

It would seem our issues haven’t changed much, yet our capacity to address these challenges has grown. Embodied feminist theology is participating in social movements that seek equity and liberation of women. Yet as the president of Oberlin College said 162 years ago, it goes beyond that; none of us are elevated, transformed, or healed without the other. I believe this is an assertion of Myrtle Fillmore the “feminist,” as well as our inheritance.

Rev. Kelly Isola, M.Div., is an author, consultant, and teacher who holds multiple certifications in leading edge models of human and organizational development—how we create and relate to ourselves, each other and the world. She is passionate about helping individuals awaken into a greater experience of their own divinity through the wholeness of our human experience. kellyisola.com.

Jan 22
The Three Faces of God